During the struggle for independence, Lari was a meeting point for Mau Mau. In weeks leading up to the day that we came to know as the Lari Massacre, 4 meetings were held by the Mau Mau fighters to plan for the killing of several families in the area that were loyalists. On the night of 26th March 1953 @ 10 PM, homes were razed to ashes and hundreds of loyalists killed. In retaliation the Colonial government sent troops the next day and arrested hundreds of Mau Mau fighters. They were taken to the Githunguri Gallows and sentenced to death by hanging, over 400 hundred men lost their lives.

The memories of that day have lived with the survivors, passing on the stories to their children. Many children lost their parents at a very young age, no home was left unscathed. Documenting the history of Lari Massacre is an important step in ensuring that their stories are told accurately and preserved for future generations. Members of the community and some of the survivors within Lari Sub County have set aside 5 acres of land for a monument in commemoration of those that lost their lives. The monument is a great step in ensuring that our heritage and culture is preserved.

In a meeting held with key stakeholders led by Gitu Wakahengeri the secretary general of Mau Mau & member of the hero’s council of Kenya and Githunguri Kenya unity for memorial, peace heritage and cultural organization (KUMPHCO), the County Government of Kiambu, KENHA and Museums of Kenya at Githunguri Sub County, it was agreed that a Museum will also be set up at Githunguri – Kenyatta College grounds in addition to the monument at Lari. The museum will be named after Waiyaki wa Hinga, a key figure in the fight for independence and was the ruler of the Southern Gikuyu land. The two projects will be done in collaboration with the National Government under KENHA. The projects are expected to be completed in August 2022.

H.E Governor Nyoro is committed to ensuring that Kikuyu heroes are all remembered through documenting their stories in the making of Kiambu, heritage and historical sites. A team is in the process of developing The Makers of Kiambu – a compilation of key persons that have contributed to the development of Kiambu County. 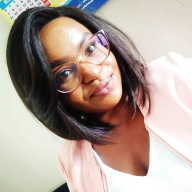