Kiambu County department of Roads, Transport, Public Works and Utility Services is endeavouring to adopt new technologies of roads construction that are more durable, affordable and faster to use. This has been expressed by the Chief Officer of the department Eng. Lucas Wahinya during the launch of the upgrading to bitumen standards of Kiambia – Gathanga Road in Muchatha Ward, Kiambaa Sub County.

The 2KM road is among several other road projects that the County department of Roads is tarmacking throughout the County. Eng. Lucas explained that in line with the manifesto of H.E Governor Waititu Babayao, the county shall construct the maximum number of kilometers of roads with an aim to making all the areas accessible and to boost trade in the county by enabling farmers to deliver their products to the markets.

“We have the challenge of poor state of roads,” he said, “but we shall live up to our promise of having all our roads done.” The Chief Officer says that the county is willing to collaborate with contractors who will offer cheaper technologies that are however more durable. “We are willing to work with contractors who will maximize the limited resources that we have by offering the highest possible output,” he said.

Gitothua Ward MCA Hon. Daniel Kaberi who chairs in the County Assembly’s committee for roads says that as the oversight body the County Assembly they shall not condone contractors who do a poor job. “We are going to be fairly strict when it comes to the supervision of the works done especially on our roads and shall only pay contractors who complete their work to satisfaction and maintain the best standards,” he said.

Previously, the County Government has tried out the nanotechnology roads construction that involved compacting soil using a solution of enzymes. The technology that was imported from Israel was tried on Full Gospel and Kang’oki roads in Ruiru and Thika Sub-counties. It however did not yield the expected results due to the nature of soils. The technology is still under further research.

There is also another technology being tried out on Kwa Kairu – Jacaranda Road in Juja Sub-county called Low Volume Tarmac. The road is nearing completion and once the project is deemed successful, it shall be implemented on several other roads in the county. Kiambu County has differing soil structures across the different sub-counties and it would be interesting to find out which technology works out best in which area.

The governor has promised to better all the access roads. He is also pushing for the implementation of the law that requires all contractors to hire local labour during these constructions. “All contractors must employ people from this county to ensure that our youth have access to employment,” the governor said. The county shall be offering training and registration of groups to facilitate the implementation of this. 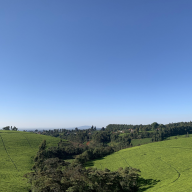